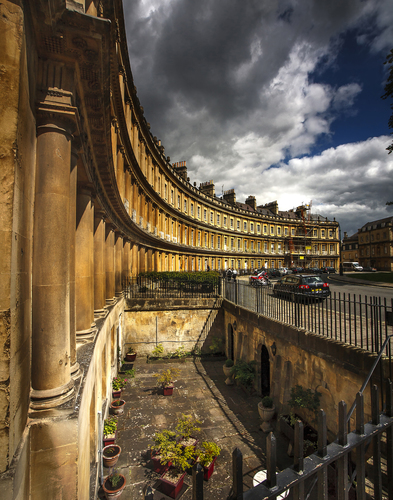 The Circus At Bath Spa

Originally known as The King’s Circus. Construction of The Circus began in 1754, completed in 1768. The artist Thomas Gainsborough lived at number 17 between 1758 and 1744, using the house as his portrait studio. More recently, Hollywood actor Nicholas Cage also lived at The Circus. During the Bath Blitz in 1942, part of The Circus was badly bombed, demolishing several of the houses. They have now been reconstructed and restored in the original style