I am a photographer from Lisburn, just outside Belfast in County Antrim, Northern Ireland. I specialise in landscape/cityscape photography in Ireland and further afield when I get the chance.

If you have any requests for photos in Ireland then please contact me at sjwallace9@gmail.com 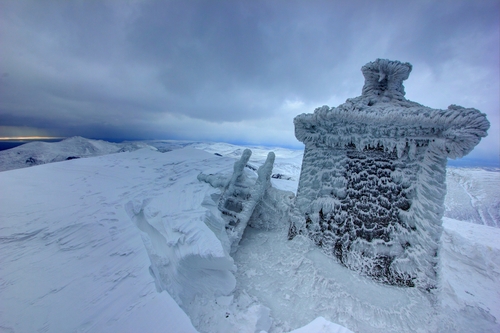 We had climbed Slieve Donard, the highest mountain in Northern Ireland after some of the worst snow in 50 years. It was a brilliant climb with the snow higher than the Mourne Wall in many places, though we found out afterwards there was a risk of avalanches (maybe us sliding down from the top after we had climbed up didn't help!) I have no idea what the temperature at the top was, but when the winds were factored in it was definitely the coldest I've ever been. One glove off, ran around, quick snaps and ran back into that summit tower where I was having my lunch! Camera had icicles hanging from it and I was worried I'd lost my fingers to the cold!