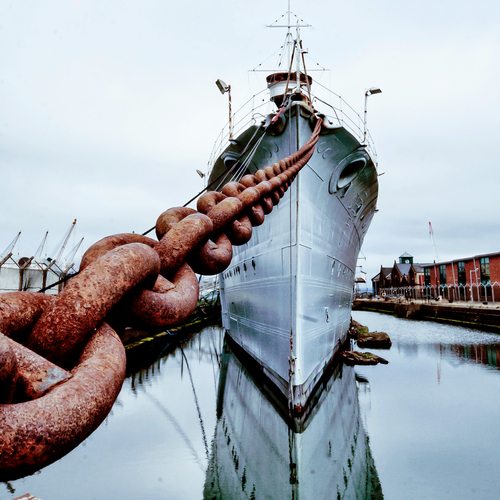 HMS Caroline was a C-class light cruiser of the British Royal Navy. Caroline was launched and commissioned in 1914. At the time of her decommissioning in 2011 she was the second-oldest ship in Royal Navy service, after HMS Victory. She served as a static headquarters and training ship for the Royal Naval Reserve, based in Alexandra Dock, Belfast, Northern Ireland for the later stages of her career. She was the last remaining British First World War light cruiser in service, and she remains the last survivor of the Battle of Jutland still afloat.