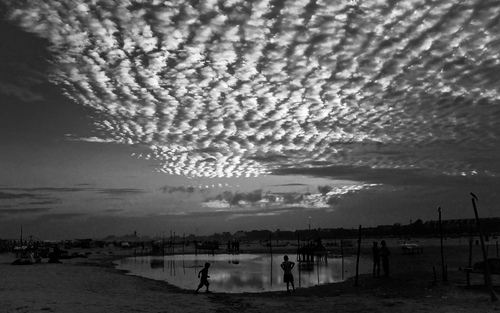 The clouds above Chennai were a sight to behold. Went all the way to the beach to be able to shoot this with some of Chennai's oldest buildings in the foreground. By the time we made it to the beach though; the clouds had receded more than we had hoped they would. So, rather than having the building as the main focus, decided to go wide and employ the clouds as the main subject.

Included one of the domes of the Madras University in the frame as well and decided to give this photo an aged effect; to get that vintage feel to the city I love.

The clouds in the frame are termed as Altocumulus Clouds.